Landed in the land of bikes, flowers, bikes, cheese and bikes (oh and did I mention bikes?) for a short while recently and got shocked at how cool this place is. Amsterdam has a reputation. A reputation of a place of many kinds of fun. Not surprising, it's a fun place.

What I wasn't aware was that it's so full! I did stay around the very tourist oriented centre, but still.. pretty busy. Going in, I wasn't really sure what to expect. Normally traveling to places in Europe I forget to do any research about the spot I'm visiting and then I get a fresh non skewed by anything look at the city and the countryfolk. This time, traditionally, I also did not.

I have to mention bikes. This is the absolute centre of the universe when it comes to bikes. Everybody has one. If you're not too attentive on the road you can easily get struck by one in the street. It's amazing how many bikes can fit in a small centre.

The city in general is crazy busy but it's great to take a walk by the canal through the small, narrow streets and enjoy the locale.

Being a big cheese fan, I like to check out various types from the good cheese to the meh one from the local shop. When it comes to cheese in the land of the Gouda, you will not be disappointed. There's something about the land and the grass the cows eat and the milk that makes the cheese very special. There's just something about it that makes it feel very 'long' in taste, if it only could be expressed in words. It's a very special thing the dutch cheese and a piece of gouda made out of sheep's milk is something I can spare a big sack of gouldens any time.

Same goes for the beer. The Heineken that you might be used to, the export type is one that tastes like water beer. It normally tastes just like 'a beer'; nothing special really. Only when you have it in the Netherlands, it's got this 'long taste' that sticks, it feels full and rich like the cheese. I don't know what they put in their crops but it sure is something that should be shared with the other produce makers around the Union. The secret might be the land taken from the sea that is very fertile and produces quite the crops that are then being shared through the foodchain with the other products on the Dutch market. 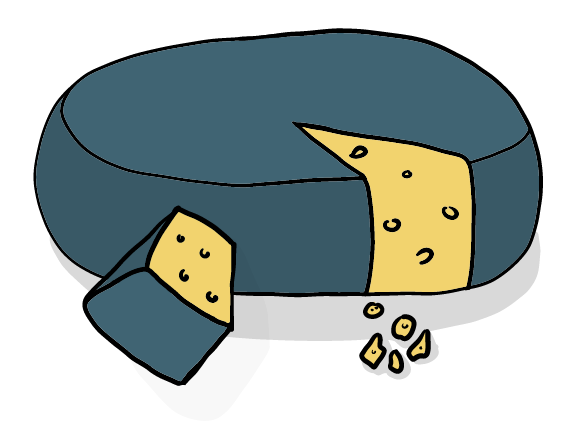 As you might know from my previous posts, my pet robot Pi2D2 is a fan of Star Wars so…